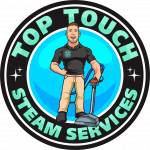 Menu
Menu
GET A QUOTE

100% no-risk guarantee! If you are not happy with our work, we’ll reclean the area for free and if you are not satisfied, you can have your money back. Nothing is more important to us than your complete and total satisfaction. We stand behind our job 100%.

GET A QUOTE
CALL US NOW!

THE BEST FOR YOUR HOME

Do you need carpet cleaning for your home or office? Let Top Touch Steam Services help you today. We will provide you a top-notch professional carpet cleaning that will leave your carpets looking and smelling great! Whether it’s dirt, pet stains, grease, red wine, gum, or any substance you can imagine; you can be assured that we’ll help make your carpets and rugs appear new again. Not only do our skilled technicians possess a great deal of carpet cleaning experience. Ask us for a Free Estimate!
GET A QUOTE TODAY
— Get 20% Off Your First Cleaning

We can thoroughly clean your couch, chairs, love seats and sofas. Whether it’s your latest purchase, a thrift store bargain, a family heirloom or a piece of furniture in mid-stride, our dedicated and highly-trained, IICRC certified staff will revitalize each piece with focused care. Even before beginning the cleaning procedure, our staff will intricately inspect the fabric, and even the construction, of each piece before an appropriate method is chosen for the particular furniture upholstery.

Top Touch Steam Services offers a Wood Floor Cleaning Service that can extend the life of your wood floors while leaving them clean and shiny after every service. Our Wood Floor Care commercial grade cleaners eliminate dirt, dust, oil and other contaminants that can weaken wood flooring and eventually lead to costly repairs. At the end of our work you will have a clean, shiny preserved wood floor that will be the crown jewel of your home.

We are able to end your laborious and ineffective attempts to get your tile, grout, or natural stone clean the way you’d like it. Rather than just cleaning the surface of your tile & grout, we use state of the art cleaning equipment that provides high pressure water and lots of suction! Our system removes grime & dirt which has penetrated deep within the grout over many years as well as renewing the shine of dulled tile floors or counters. Give us a call today!
Get 20% Off Your First Cleaning

Top Touch Steam Services provides the most efficient cleaning in the South Florida area. We stand by all of our jobs, and take a lot of pride in what we do, ensuring you’re more than pleased with the results. We are continually striving to be the best South Florida cleaning service.

We will do everything to ensure that the results of our work will go beyond your expectations. At Top Touch Steam Services, we continuously keep an eye on the newest cleaning & restoration techniques to stay sharp. We have the capability to deal with a variety of situations, so no job is too large or too small for us to deal with.

Numerous cleaning companies will state they are the best at their business, however that statement quite often doesn’t match up their performance. At Top Touch Steam Services, we will provide you with our best each time, and if our best is not sufficient for you, we’ll keep at it until you are 100% satisfied with our work. 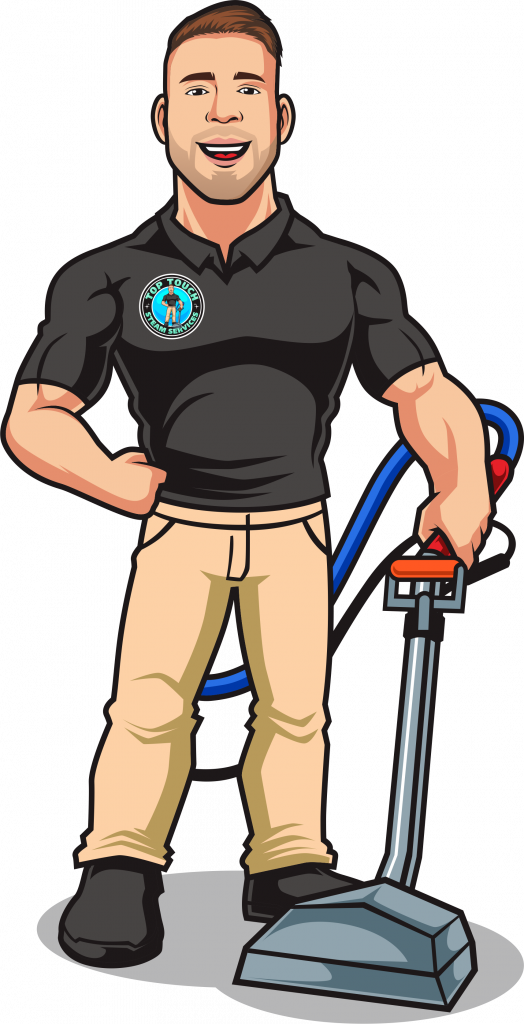 A vapor system may look like a vacuum – it is not. It is not the conventional “steam” cleaner nor is it a pressure washer. It is a new appliance that uses only a little water and a little electricity to sanitize, clean, and deodorize virtually any surface – without using chemicals.

How Does It Work?

Using less than a gallon of tap water, this multi-purpose appliance creates a low moisture vapor that carries heat to the surface you wish to treat. The heat combined with light agitation does the work for you.

This appliance comes with a variety of accessories creating a system that can be used on an unlimited number of applications. The system can be used for carpets as well as oven cleaning. The process eliminates chemical residues while sanitizing the surface being treated.

Because so little water is consumed, approximately 1.5 quarts per hour, it’s virtually “mess free”. The vapor system is quiet and portable, allowing for use anytime and anywhere.

What is "Dry" Steam Vapor?

This describes a system that produces a high temperature, low moisture vapor. The vapor contains only 5% to 6% water and is much less dense than the air we breathe.

Over the past few years, you have been exposed to products being promoted as “steam cleaners” that in fact use no steam at all, maybe warm water on a good day. These so-called ‘steam machines’ spray on large amounts of water using quantities described in ‘gallons per minute’.

You may ask, “Where’s the steam?” The vapor system, by contrast, is equipped to safely produce thousands of gallons of live dry steam using only about 1.5 quarts of water per hour. This significant difference relates directly to the versatility and capabilities of the vapor system. It is unlike anything you have used before.

It is mess free with temperatures hot enough to kill bacteria and germs, emulsify grease and oil as well as other surface contaminates. The system is also quiet and portable so it can be used anywhere at anytime.

What Can I Use It On?

The system is practical for any surface with the exception of those surfaces that are extremely heat sensitive. Surfaces such as silks, some very thin plastics, and some types of velour upholstery must be treated with great care.

The system has additional uses besides sanitation. Defrosting freezers, thawing frozen pipes, dusting and misting live plants, and polishing jewelry are but a few of the non-cleaning applications.

The use of the system, in general, contributes directly to better indoor air quality by reducing chemical residuals and removing airborne particles.

Where Does the Water Go?

The water is put into a special tank or boiler that super heats the water and changes it into a hot “dry” mist or vapor. Therefore the name – vapor system. The unique benefit of this system is that it produces a low moisture, high-temperature vapor that carries only about 6 percent water.

We like to call this a “Dry” Steam Vapor because so little water is left behind and so little is used. This patented system gives us the proven power of heat to safely sanitize and clean while reducing chemical use. Carpets are dry within minutes. Floors are also dry within a few minutes. This reduces the time and effort required for many tasks.

Where Does the Soap Go?

The system uses only potable water and heat to sanitize and clean. This reduces the amounts and residues of “chemical” cleaning. This lowers your exposure to toxins and helps prevent further degradation of the environment at the same time.

It also saves us from pouring expensive chemicals down the drain. Flushing waste down the drain ultimately contributes to the contamination of our limited fresh water resources and is costing us more in the form of more expensive sewer treatment as well.

How Much Pressure Does It Produce?

The appliance produces only low pressures, usually in the range of 50 to 60 PSI. The low pressure creates a very safe, and easy-to-use system. Low pressures are also essential for getting the job done without making a huge mess.

The work is done by the heat concentrated at the work surface. The heat dissipates quickly once the vapor expands into the atmosphere. This system is designed to be used through “surface contact” with the areas of concern.

Why Don't I Just Scrub with Soap and a Sponge?

Our existing cleaning regimen consists of applying a chemical or abrasive cleaner, then wiping or scrubbing the surface until the contaminant appears to be removed.

This method is superficial at best, requires much physical effort, often degrades the surface, exposes our skin and lungs to harsh or toxic fumes, and leaves behind chemical residuals which dull and attract dirt to the finished surface. The vapor system removes surface contaminants without degrading the surface.

The heat combined with very fine water particles penetrates even the pores – whatever the surface. This proven process thoroughly removes contaminants plus leaves the surface free of residuals. Visually superior results are achieved with less effort and no exposure to potentially discomforting or harmful chemical effects.

The vapor system also allows you to sanitize and deodorize areas that are impossible to treat mechanically or chemically. Why not let the heat do the work? It’s easier and does a better job in less time.

Where Does the Dirt Go?

Depending on the application, the dirt loosened by the vapor system is simultaneously absorbed in a terry cloth bonnet, or rinsed or wiped away using an absorbent cloth.

How Can Steam Cleaners Help with Pet Stains and Odors?

For pet-parents, living with pets can mean more messes and frequent cleaning. Steam mops are powerful and efficient at removing muddy paw tracks across your kitchen floor.

Using just the steam from regular tap water, you can effectively clean your floors without the use of harsh chemicals, which can be harmful to your family’s health and that of your pet. What you’re left with are clean, sanitized floors. Steam mops are also effective at cleaning up sticky messes, as well.

WE CAN PROVIDE YOU WITH FREE IN HOME ESTIMATE

Why should you consider Top Touch

Our clients love us

We had a huge wine stain in our carpet and we thought we were going to have to replace it but Top Touch came to our home and they did a fabulous job removing the stain and cleaning the entire carpet that now looks amazing and smells even better. Thank you Elias!

We had our kitchen remodeled but we decided to keep the original tile. The tile was done 20 years ago and it’s a great looking tile but it needed some care. Top Touch provided us with a restoring process that brought the colors back to original and they sealed the whole area and now our kitchen is finally completed. Highly recommended!

My couch is 5 year old and in great shape but the color started to fade due to normal use I guess. I contacted Top Touch, they came to the house, did a fine cleaning on my couch and the color is back to like new condition. Top Touch was very professional and the job was done on time and the price is awesome.

Fill out the form below and begin your journey. 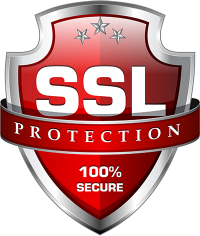